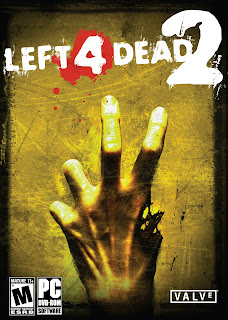 Slated for an “Early 2010″ release, the 1st piece of DLC called ‘The Passing” is set to bridge the gap between L4D and L4D2 on PCs and Xbox 360s. While you won’t be able to play as the original survivors (yet?) the new protagonists will meet them in what is being called “The most important campaign in the Left 4 Dead story”. Further to that, the new campaign will also introduce us to a new uncommon common zombie, melee weapons, a gun (or 2?) and new playable areas for Survival, Versus and Scavenge modes.

Sadly, no pricing information was available but I sure hope that PC users don’t get a free ride again like the last time.