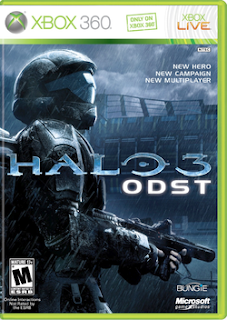 New Mombasa is under siege and you are the last hope to save the city, dare I say the entire planet. The bad news, as if the siege wasn’t enough, is that your favourite spartan is not around to save the day… But the good news is your going to get introduced to the next best thing, the 6 man ODST team known as The Squad, humanity’s last chance to save the world.

In typical Halo fashion the story line presented is tight and well written. The voice actors are top notch, and the soundtrack is fantastic. Bungie’s audio director Martin O’Donnell takes players on a musical journey, adding in new Jazz like tracks that effectively setting the mood for whatever your current situation happens to be.

Take to the streets of New Mombosa and battle your way across the streets to find your squad mates, separated during a routine Orbital drop, and complete key objectives to further the goals of the UNSC while working to secure the city. Use stealth to close in on your enemies and your silenced weapons to take them out before they even know your there. Use the buildings and hidden passages to your advantage..Find doorways to hide in, passageways to combat the Brute’s rush and hide form the volley’s of sticky grenades.

A new heads up display providing additional details and visual queues for your character. The new heads-up display takes over and replaces the Spartan radar, and provides a fresh new perspective on your environment. However I found that it made the visual queues stand out and almost to easy to identify – almost giving too much away. Other game-play changes are minimal for fans of Halo; Jumps are not quite as high, shields are managed and need to be repaired by finding “health-like” packs scattered around the cityscape and the Chief’s duel wield that many are familiar with is missing. But what is great about it is the difference is notableness, in a good way, between your ODST and the Spartan we have all come to love. I mean not everyone is cut out to be a Spartan, but the ODSTs are just about ont he level – the best of the second best.

Missions take you from one side of the city to the other and back again, playing different squad members as you progress through the story. Reliving parts of their day as they work to regroup and reach the intended evacuation zone. 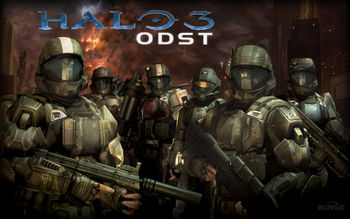 ODST also arrives with the complete Multi-player Map pack for Halo 3 – so your not completely Spartan free with this purchase. New maps hours of additional game time included on a second disk, what more could you ask for from Bungie – Maybe additional details on REACH?

* Thanks to Xbox Canada for supplying Feed Your Console with a review copy of Halo 3: ODST