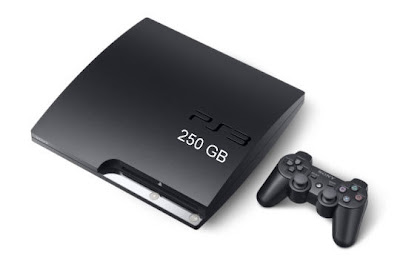 Yup, riding the wave of success with the new PS3 Slim – Sony announced it today a new 250 GB PlayStation 3 is coming on November 3.

“The PS3 platform is poised for a tremendous holiday season,” said Scott A. Steinberg, vice president, product marketing, SCEA. “We kicked things off early with the new price point and sleek form factor and have continued the momentum with this week’s launch of the universally acclaimed exclusive, Uncharted 2: Among Thieves. The new 250GB PS3 provides consumers with another compelling hardware option and speaks to the growing consumer appetite for digital content from the PlayStation Network – particularly high-def content that showcases the power of the PS3 system.”

Sounds like a good deal to me – Double the hard drive space for only $50 more then the current 120 GB model.