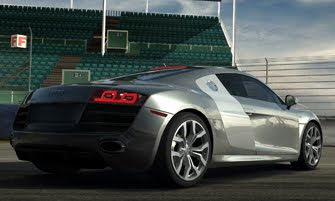 Race Fan Start your Engines… “Forza Motorsport 3” has Gone Gold and it’s expected street date is October 27, 2009 in North America. To mark the occasion, Microsoft and Turn 10 today confirmed that a demo of the highly anticipated title will arrive on Xbox LIVE Marketplace starting Sept. 24.

The new demo lets you get behind the wheel of five of the world’s most amazing cars on the full circuit of the game’s Camino Viejo track. The demo includes five playable cars:

– Drive all of the cars in the demo in full cock-pit view
– Experience damage, and rollovers
– Try out the game’s new rewind feature
– Xbox LIVE demo will also support official leaderboards for lap times

Remember Race Fans that this is an Xbox Exclusive.