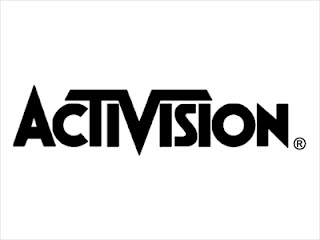 Over the last week I have been building up a number of Press Announcements from our friends over at Activision.

First up are a number of Guitar Hero 5 articles… You may have heard that Kurt Cobain, a music icon for teens in the 90’s, will be a character in the newest of the Music Fantasy games. This has me truly wondering what Kurt would think of this – would he want to be reanimated and pixelated in a video game?

From the sounds of things that launch party was nothing to short of a WANT TO ATTEND event… Partying with non-other then Hugh Hefnerand the Playboy Bunnies. Sounds like a successful party. “Playboy and Rock & Roll have been intimately interconnected since I started the magazine in 1953,” said Playboy Founder Hugh Hefner. “Guitar Hero combines rock and roll with iconic Playboy Playmates and the Playboy Mansion to create one of the sexiest ads ever made.”

Of course there was the September 1st launch itself… Something that will excite many long weekend party goes – I believe we will be seeing a review from Josh sometime in the near future. Ever moving forward you wont be left feeling short changed with the 85-song on-disc set list, more than 150 songs available via downloadable content, and the capability to import select songs from other Guitar Hero(R) games.

Last up is a new fishing game for the Wii – Activision Announced Rapala(R): We Fish(TM), the First Fishing Game Developed Specifically for Wii(TM). We Fish takes a “pick up and play,” comical approach to fishing. Featuring five different game modes, including co-op tournaments, 4 player split-screen and multiplayer modes, players can choose from five hilarious characters or play as their favorite Mii(TM). Players travel to eight locations around the world and compete in 24 tournament events. Battle over 50 wacky fish species, including enormous Legendary Lunkers, with the Rapala rod and reel peripheral for side-splitting fun!

Those Activision guys sure have been busy! So busy even I’m tired trying to keep up.