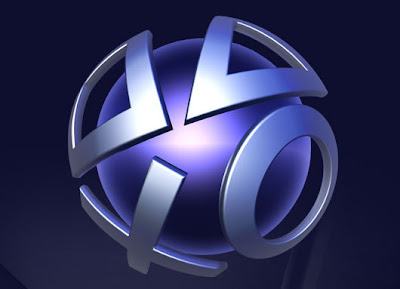 GamesCom in Cologne Germany is underway and we’ll keep this section updated as best as we can with all the latest info as it comes in from Sony’s Press Conference slated to start at 9:30am PST. Could this be the big unveiling of the slim PS3 we’ve been hearing about since before E3? What about that mysterious post regarding a previously unannounced title Dead Nations? Stay tuned for more info as it comes our way.

Turns out PSN is “down for maintenance” for the duration of this press conference – What could we be in for? The Fabled Firmware update and overhaul of the system?

Still waiting for the show to start but looks like the folks over at Media Molecule had a LittleBigPlanet announcement: Coming soon to a new pack – Water. It looks pretty sweet.

Here is the Video:

Andrew House President of SCEE is on stage chatting some about the “brand’s solid foundations”
– PS2 is the “Michael Schumacher of gaming consoles”
– 52.9 Million PSPs (17 Million in SCEE territories)
– 23.7 Million PS3s (10 Million in SCEE Territories)
– 27 Million PSN users (11 Million in SCEE Territories)
– 560 Million global downloads
– Home is big and they’re always expanding with new spaces to it.
– Singstar has it’s own space now included in that is “music quiz, a video jukebox, an interactive dance floor and “more to come…”
– Audi will have a full Audi space by the end of the year (Great another place I can go to show me what I can’t afford!)
– New update coming in Sept – Includes a shrinking potion(?) and other additions?
– Firmware 3.0 announced – Full Details here
– Animated themes, What’s new section and other interface changes
– Direct links to various TV services on the XMB (Cross Media Bar)
– PSN cards coming to Europe: 20 and 50 Euros. This September
– VidZone(?Kay?) to be expanded to new territories across Europe; New video download service coming
– Rent and buy SD and HD content
– Digital Reader coming to US and EU; 100s of Digital comics coming. Marvel included as well as graphic novels, Indy etc.

PSP 3000 is getting more colours (Oooooohhhhhhh)
– Turquoise Green, Lilac Purple (bundled with Hannah Montana! – Slayer Agamon’s Favorite Singer and TV Show) and Blossom Pink (The color of Mverns underwears)
– To celebrate the launch of PSP Go, people who register their Gos between the 1st and the 10th of October will get a free digital copy of GT PSP (not a bad deal)

Eyepet will retail for under 50 Euros and is bundled with EyeToy (WOOO! – Sarcasm)

Quantic Dream’s Dave Cage is coming out to talk Heavy Rain
– introduces a new character; This character came about from the fear, guilt and panic that David himself felt when he lost his child (only for ten minutes!) in a supermarket (interesting). He says that Heavy Rain is “a story of guilt love and redemption. A new trailer is shown.
– Heavy Rain is not based on repetitive patterns and violence — They hope that this is to become a milestone in this new industry direction.

Andrew House says that the full motion controllers will be fully shown at this year’s TGS (Magic wands UNITE!!!)
– Party games, adventure games and toys all being shown off as examples.

Here comes Kaz Hirai
– Talking up the awesome show at E3 and the upcoming TGS; GamesCOm is their 3rd major date on the calendar. Apparently he has something to show us? (pants on Kaz)
– Slim PS3 available 1st week of Sept. Differences? It’s on a diet (using EAS Active? – Crap that reminds me I have to update that post)
– Smaller, lighter, all the same features – 299 Euros, 299 USD, 29980 Yen
PS3 price drop effective …….NOW!!!

Show’s over folks but that doesn’t mean we don’t want to hear from you. Give us your thoughts.