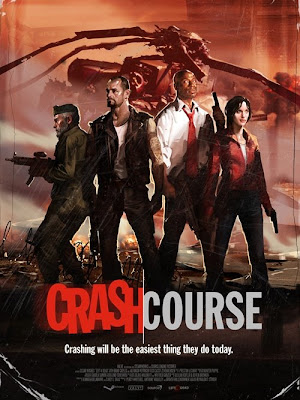 Looks like all you Left 4 Dead gamers out there have something to look forward to this fall. New content in the form or ‘Crash Course’ coming to PC and Xbox 360 this September. All those who were pissed off about the announcement now have something to piss about – If you’re a 360 user that is. You see, the new content is going to be free for the PC users and cost us Xbox gamers 560MS Points (about $7).

Crash Course isn’t exactly a continuation of the story so much as an addition to be placed between No Mercy and Death Toll. It includes new locations, delivers some continuance in the series, an explosive finale and more dialogue from the fearless 4. Further to that, Crash offers both survival modes and co-op but it’s not exactly what their main goal is. Valve has stated:

“The primary goal of ‘Crash’ is to deliver a complete Versus mode experience in just 30 minutes, resulting in a streamlined version of the game’s existing Versus campaigns. A recharge timer for infected teammates has also been added, and item spawn behavior has changed for more balancedg ameplay.”

Hmmm. Sounds interesting but I’d really like to know why we get the priveledge of paying for this when the PC users are getting it for free. Is this a Valve or MS move?