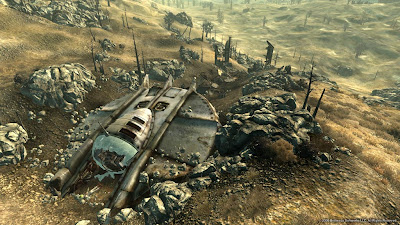 Fallout 3: Mothership Zeta takes you out of the wastelands and into the last frontier – Space… After following the source of a strange distress call your abducted and taken to the Mothership where you must battle your way out and find salvation. Use the Alien technology to your advantage and gather the needed information to save your home planet from their nefarious plots.

* Find and exploit new and destructive alien technology, like the Alien Atomizer and Drone Cannon.
* Explore the vast Mothership and learn the secrets of the Aliens’ master plan.
* Thwart the Aliens’ attempt to stop your escape, and take over the Alien ship before it wreaks havoc on the unsuspecting Earth below.
* Fight against the Alien Invaders, their robot drones, and turn their own horrible experiments against them.
* Ally yourself with an unexpected array of characters, both from the Capital Wasteland and from Earth ’s past.

Watch for our review of Fallout 3: Mothership Zeta in early August.