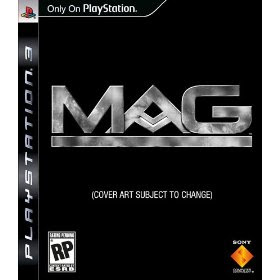 If you have been living under a rock you may not know about MAG, Sony’s ultimate team based combat game from the Zipper Interactive Studio (famous for the SOCOM lineup). 256 players in one massive online game where you will partake in battles to control the worlds Gas and military supplies.

The Zipper team has put together a series of developer diaries to introduce players to the game, the controls and the storyline.

Episode #1 – See character art and get the background story on MAG and the Shadow War.

Episode #2 – Zipper Talks Tech 30 fps with 256 players online, paratroopers are introduced and talks about level development and how to manage the environment.

Episode #3 – Get to know the PMC’s (Private Military Contractors), The traditional gurnts of Valour, the technoligical advanced Raven crew and the gorilla-like S.V.E.R organizations.

Episode #4 – Discussions around control and team game play, and the in game command and communication structure.