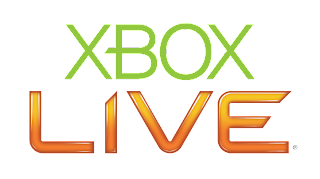 Major Nelson is reporting that Xbox Live will be down for maintenance on June 16th. This is to prepare the way for these great new features accounced reciently

Games on Demand: See the launch of Xbox’s GoD with over 30 games. Say goodnight OnLive.

Avatar Marketplace: Bringing support for in-game Avatar Awardables and a virtual closet full of premium clothing and interactive props to download and purchase for your Avatar.

User Ratings: Xbox is adding a five-star rating system that lets you rate any content in the Games Marketplace – no more surprises for DLC – the community will tell you what’s hot and what’s not.

Performance Updates: Xbox LIVE is being upgraded for improved performance including better guide and friends access. This includes revamping the friends and Achievement lists and improved matchmaking support.

Here is the notice from Major Nelson.

On Tuesday, June 16th from 7:01AM UTC (12:01 AM PST) for up to 24 hours, Xbox Live will be offline for maintenance. As a result, Xbox LIVE and the ‘My Xbox’ section of Xbox.com will be unavailable, and the Xbox forums will be in read only mode (you won’t be able to post.)

The remainder of Xbox.com will be available with limited interruptions.

This service maintenance is to prepare for some of the recently announced features that will be available later this year.

Let me reiterate: When the service returns, you will not have any new functions or features. This is for scheduled maintenance only.