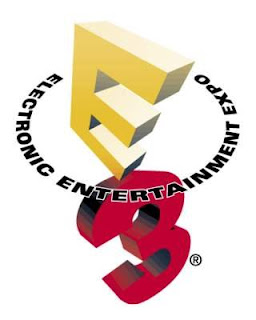 E3 is back and it’s coming at us with a vengeance. After the changes were made and reports labelled the new E3 as a failure of epic proportions – Now they’ve gone back to the old format and given us what we all wanted to see – Booth Babes included!

With E3 just a day away, we here at Feed Your Console are getting all jacked up just thinking about all the possibilities. The other day Jason, Matt and I had the opportunity to talk about what we’re hoping to see or what we think is going to go down. Without further ado, here’s what we’re predicting. This year is set to blow us all away with some incredible software and maybe a little hardware

The Big 3 Predictions:
Microsoft
Josh: MS has been suspiciously quiet leaving many to speculate that they might not have much to say – I’m of the opposite opinion. I think this is Microsoft’s biggest year at E3 since announcing the Xbox 360. The new Motion sensing camera/control is going to be announced but they promise some huge news. Even though Bungie is off on their own, MS isn’t about to let the Juggernaut that is Halo to go the way of the DoDo bird – Halo 4 or some other form of Halo will be announced, along with a new Perfect Dark game, and more exclusive releases/content. I predict that Microsoft is going to steal the show this year.

Matt: Looking forward to a few more details on the latest Halo game – rumours of a 5 man crew where your the rookie of the squad. Also I predict we will see the launch of at least two new exclusive titles (but I don’t think 3 or 4 would be out of line) – something that they have hidden and will push as a showstopper this year. Lionhead games is also looking to make a splash – Might we hear for Fable 3… I’ll also add to my predictions a new motion sensitive controller (ala six axis controller) for the Xbox.

Jason (aka slayerAgamon): True, Microsoft has been awfully quiet, but they don’t have a reason to be making too much noise right now. They DO have the system to beat right now in my opinion. I do expect some exclusives to be mentioned for the fall/winter season, but other than that I want to be surprised by them at E3 so I’m purposely trying not to look for intel on what’s coming. Either way, I think whatever they come up/out with is going to be a tad above the rest. No gimmicky controls, just good solid gotta have it titles and incredible frame rates, resolutions, etc.

Sony
Josh: Despite all of their rebuttals, I think we’re all in agreement that Sony is hard at work putting together a new slim PS3 – to be released this year. There’s a possibility that they’ll decide to hold onto this information, to release at another time but it doesn’t make much sense. Further to that point, expect to see a new PSP2 (leaked pics as of last night here) without the UMDs and large internal capacity.

Matt: Will we see the long awaited price drop on the PS3- I highly doubt it but I’ve been surprised before. More likely we will see a slimmed down light PS3 leaving the current 80 GB version where it is with all the bells and whistles (being the same price as an Xbox Elite). Unlike Josh I think Sony has been holding their cards close this year and will come out strong at E3 – wowing gamers this year and possibly offering the upset win over Xbox. God of War 3, Ratchet and Clank: A Crack in Time, and more will be the keys to show success this year.

Jason (aka slayerAgamon): Sony may win me back this year if they do a few things right. God of War 3 should be a winner. If its waded down with too much forced six-axis mumbo jumbo, I’ll be forced to take a hammer to the huge paperweight its become. I’m looking forward to the slimmer PS3 and new PsP all together. My gut tells me Sony will release a core PS3 system to help bring on a price drop. Simultaneously, they will release different size hard drives to the consumer…or simply allow a person to hack it and add their own 3rd party storage component. Not that Feed Your Console condones such behavior but…

Nintendo
Josh: Nintendo has done nothing to inspire me for a very long time. The little white box from Big N needs something big and they need it soon. New 1st party titles featuring some original Nintendo mainstays – Mainly Mario, Zelda, Kid Icarus, Metroid or Star Fox. If any of these games are announced, don’t expect anything until sometime in 2010.

Matt: Another Mario and more first party titles galore will be found from Nintendo. Hype about motion plus and the revamping of old favourites from past Nintendo days will be in abuncance. Along with a smattering of next generation updates for the newer titles (Wii Fit Plus I’m looking at you) will be the show here. Meh – Prove me wrong Nintendo I dare you.

Jason (aka slayerAgamon): At this point, my Wii’s sole purpose is to play Resident Evil shooters, and Nintendo will do the franchise well with 3 new R.E. titles this year exclusive to the console. This plus an exclusive Dead Space title…HOT.

Most Anticipated Games
Josh: Kojima’s been teasing us for weeks with images of Snake and Raiden from Metal Gear Solid (website here) and Mass Effect are the 2 titles I’m most looking forward to seeing more of. Sony’s upcoming Heavy Rain also looks to be a showstopper this year as we’re likely to see more footage and with any luck, get a final Release.

Matt: Ghostbusters, God of War 3 and Mass Effect 2 are the titles I’ll be watching for. I can’t get enough of Mass Effect and the previous God of War titles, these are mainstays in my rotation when I’m looking for the familiar and comfort zone gaming.

Jason (aka slayerAgamon): God of War 3, Dead to Rights (HD) and Uncharted 2 are my must haves for this year. The only bummer is that the majority of these will probably not come out until the holiday season *grumble*. Oh yeh, Ghostbusters and Dead Space (Wii version)will tie me over until the winter season fo’sho!

Matt: WiiWare announces the Return of JumpMan on the C64 emulator.

Jason (aka slayerAgamon): Microsoft gives in and finally releases a Blu-Ray add on for the 360.