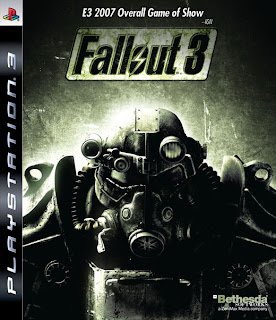 In news that was expected to come sooner than later, Bethesda has finally announced that there would be 2 more chapters added the the Fallout 3 Universe and that all DLC will be coming to the PS3. In a press statement issued this morning that stated all 3 previous DLC instalments that were exclusive to the Xbox 360 would be making it’s way to PSN in late June starting with Operation: Anchorage and the subsequent others to follow suit withing 4-6 weeks of each other.

Further to that announcement, 2 new instalments are making way to Games for Windows, Xbox 360 and PS3 platforms in the form of:

Point Lookout – Explore a massive new swampland area filled with new quests and content and Mothership Zeta – The aliens have returned, and they’re pissed. Experience an alien abduction first hand and find out if you’re tough enough to survive.

The 2 new episodes will be available on the PC and Xbox 360 for 800MS points ($9.99) in June and July followed by the final releases on the Sony PS3 after the inital 3 are out.

One last piece to note: Fallout 3 Game Add-on Pack #1 includes The Pitt and Operation: Anchorage on a disc and will be available for Xbox 360 and PC on May 26.

The Fallout 3 Game Add-on Pack #2 includes Broken Steel and Point Lookout on a disc and will be available for Xbox 360 and PC in August. Retail versions of the game add-on packs for PS3 are not possible and the DLC will only be available for download online via PlayStation Network.

Whew!!! That was alot of information. As evidenced by my previous reviews on Fallout 3 and the DLC (Review, Operation Anchorage, The Pitt, Broken Steel), it’s very safe to say that I’m very very excited for the new DLC and for everyone playing Fallout 3 on the PS3. You’re in for a real treat.