IMHO: 5 Sega CD Games That Deserve a Reboot or Sequel

As someone who started playing games way back in the early-mid 80s, I’ve seen my fair share of awesome games and not so awesome. One of the things I try to pride myself on is a small yet entertaining collection of vintage games that I play on average of twice a year. These games span across various systems dating as far back as the NES. The following is a wish list of sorts of games that I truly love. I know there are plenty of others out there who enjoy these titles as much as me, and it’s fairly evident of their rareness and quality when searching through eBay for them. 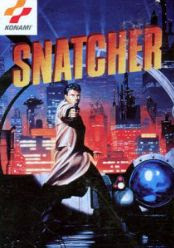 A cyber punk thriller full of conspiracy, mysteries and intrigue that takes place 50 years after a virus has wiped out 1/3 of the global population. You take on the role of Gillian Seed a rookie detective in the “Junker” task force. His past is shrouded with mystery which he tries to piece together while solving the mystery that surrounds the recent emergence of the species known as ‘Snatchers.” The gameplay itself is driven via a menu system with some degree of action with some shooting style action. The story itself draws a lot of inspiration from movies like Blade Runner and Terminator. Quick glances on Ebay shows it at $100+ for the Sega CD 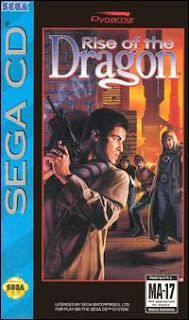 Another Cyberpunk thriller set in LA during the year of 2053. You play as William ‘Blade’ Hunter (I know the names are epic) and he’s a well dressed take no crap private dick who strangely dresses just like Harrison Ford’s Deckard in Blade Runner. The basic gameplay is that of a point and click adventure with a timed element to it. Each time Blade does something a certain amount of time passes and certain events can only take place at specific times. The game itself takes place over the course of 3days, once that time is up, game over. There are several puzzles scattered throughout the game and some of them actually have multiple solutions. Ebay shows that you too can get this game for just $10+ 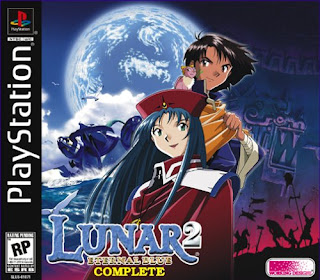 Lunar busted onto the console scene in the form of a Sega CD RPG in 1992 from Game Arts and published in the US by Working Designs. It amazed people with its high quality voice acting, stunning animation and an incredibly well done translation. The series takes place on a small earth-like planet and each series puts you in the role of a new character. The series has everything you could ask for in an RPG: beautiful animation, quality voice acting, dragons, magic, and an intriguing story. In 1999 Working Designs reworked Silver Star and Eternal Blue for Sega Saturn and PSX systems with more dialogue, animation and side quests spanning multiple discs. Since these releases, there have been other installments in the series but none has captured the essence of the originals. 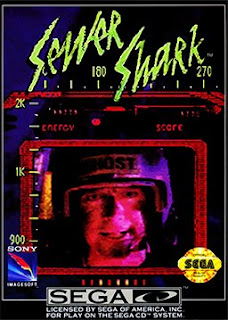 Sewer Shark was a launch title for the Sega CD back in 1992 (man am I ever dating myself here)that utilized the use of full motion video as the primary graphical source. You take on the role of rookie Sewer Jockie whose job is to eradicate various mutants from the sewers as you work toward the goal of travelling to Solar City. The gameplay itself is a simple on rails shooter. The screen flies through the tunnels as you shoot the mutant creatures. Occasionally you must point the target and hit a button to turn the craft down a different tunnel or to find a recharge station. Cut scenes drive the story between yourself, your co pilot and a few other cast members as they update you with their overall approval of your progress. Ya, the story was crappy, the gameplay is dated, but with a proper coat of spit and shine, this could once again become a viable franchise. 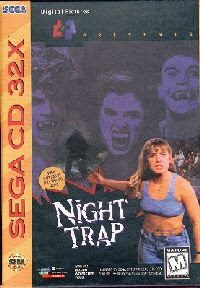 Anyone who was alive and old enough to remember this game knows that this was something you had to have. It caused shock waves in the gaming industry for its premise and some of the more adult rated mature content with its voyeuristic presentation and some minor nudity. The basic premise puts you into a game that utilizes full motion video and in charge of the cameras and traps laid out around the house as you try to protect the coeds from their untimely demise. The game itself managed to be pulled from shelves and banned due to nudity and violence portrayed.This game is horrible yet for some reason I find it to be a guilty pleasure. With the changes in the industry coming so fast and furious, maybe now is the right time for a game like this to make it’s way back to store shelves.

A lot of people won’t agree with any/many of these but these are games that I truly enjoy playing for one reason or another. I think it’s time that these titles deserved a little respect and maybe a new coat of paint for a new generation.

What games were your favourites? Hit us back, we’d love to hear from you.