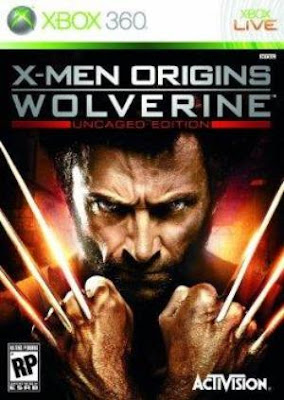 Everyone’s favourite bad ass hero is here and he is on Fire! Bringing in a massive $87 million at the box offices in the first weekend. To top it off it seems like every action movie these days has a video game to go along with it. Well X-Men Origins: Wolverine is no different, except for the fact that the game tie-in didn’t suck.

I’d relate the feel of the controls to the God Of War franchise. Pressing the proper button combinations, combined with the use of fury, heavy and lunge attacks cause damage to stack and build in their gore value. Playing as the regenerating, knife fisted anti-hero has never been so fun. Covering large distance by lunging at your enemies – pinning them to the ground and then finishing them with a fury of punches and slashes.

Activision nailed the graphics of Wolverine’s body getting mangled by bullets, machetes and even fire, then showing the skin knit itself back together – mending bullet holes and gashes in real time while moving from one check point to the next.

I’m not going to say anymore but I recommend you get out and play this demo. Tell us your thoughts on the Game or the movie if you saw it.