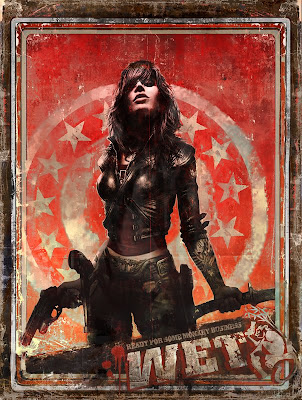 The long in production game WET, from Montreal developer Artificial Mind and Movement (A2M), has finally found a home and is planed to hit the Xbox 360 and the PS3 some time this Fall. After being dropped by by their previous publisher in July of 2008, leaving the game’s release in limbo, Bethesda has announced that they will be releasing A2M’s WET.

Bethesda also announced that Eliza Dushku, star of Dollhouse, Bring It On, Buffy the Vampire Slayer (TV) and Angel (TV) will be voicing the lead character Rubi. You may recognize Eliza’s voice from her other gaming work in Saints Row 2 (Shandi) and Yakuza (Yumi Sawamura).

Catch the trailer thanks to Game Trailers: