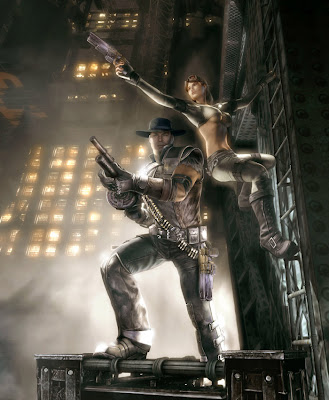 The group over at Codemasters announced today on Twitter the official release date of their upcoming Multi-player First Person Shooter:

@Codies Damnation release date confirmed today as May 22nd! Check out the new video at http://www.damnationthegame.co.uk

Codemasters is taking the your traditional First Person Shooter – Vertical. Climb, Jump and swing from one ledge to another. Promising intelligent enemies that give chase, engage in frantic gun fights and attacks from all directions players will be tested and rewarded based on their problem solving skills, reflexes and skills with a gin.

Join the Peacemakers as they quest to rid the PSI in a solo quest or take your game online for the ever popular variations of; Deathmatch and Team Deathmatch, Capture the Flag and King of the Hill.