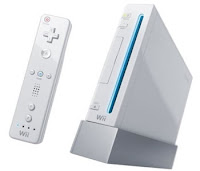 Welcome to the 2nd IMHO segment where we discuss certain aspects of the gaming industry or express our point of views on the subject. Today’s segment is going to be a little different. I’m going to pose an opinion and my counterpart Matt is going to provide us with his rebuttal. We still want your feedback though so please don’t be shy.

It seems that everywhere you turn; people are talking about the Nintendo Wii. People have been clamouring for this new “Buzz Word” since its release November 2006 but have had one hell of a time getting their hands on it. There’s something about little console that could has everyone jonesing for the latest technology, and, why not? It’s sleek, sexy, and cool. There’s a new level of interaction with games that have never really been there before. On top of that, it’s an extremely accessible system to everyone young and old alike. Nintendo also appears to be winning the current generation race. The numbers don’t lie. According to the NDP group, Nintendo has shipped 44.9 million units as of December 2008 compared to 28 Million Xbox 360s and 21.3 PS3s.

Josh’s take on the Wii:

I wasn’t sure what to think about Nintendo’s little white system when I picked it up and thought that maybe after spending some time with it, I’d surely understand. When I got it home, I played with it for hours. At first, I thought “Ok. This is pretty awesome”. Since then, I’ve grown so cold to my Wii. I have all three consoles and the one that I use the least is my Wii. The last game I picked up for it was House of the Dead: Overkill. It was a lot of fun and I really enjoyed it (Read review here), but, that was the first game I picked up for the Nintendo. The library for the Nintendo Wii is a paltry 7 games compared to the 42 titles for the 360 and 18 for my PS3.

Here’s why I’m thinking that gamers should consider dropping their system:

While the system isn’t as constrained in supply chains anymore, who wouldn’t jump at the chance to save $50 or $75 on a used one? Hit up your local paper or online classified ads and sell it for less than retail, take the money and do something else with it… Maybe you’ll get enough to buy yourself that gym membership you’ve always wanted but were too afraid to get for fear of never using it. After all, you know that your Wii Balance board is just collecting dust anyway.

I’m seriously considering getting rid of my Wii… I can’t think of any reason to stick it out with Nintendo anymore. I hoped that things were going to be different this time around. Everyone who bought the N64 was hosed and the GameCube was less than spectacular.

Don’t get me confused with the Nintendo Fanboy’s out there I’m a console Fanboy, I love all of them. When I picked up my Wii I couldn’t wait to get it home, plug it in and hit the gaming. Picking up a couple games right away I found a system that would hold a place at many future house parties and family functions. A console designed with the idea of a group of gamers (and non-gamers alike). I don’t boast the largest title set for the Wii but I have been fortunate to find the value in both the games I have selected and the console itself.

Here’s why I’m thinking that gamers should consider keeping their system:

Where do you stand? Is it time to Sell your Wii and move on like a bad dream you finally woke up from. Or are you in for the long run? We want to hear your feedback.