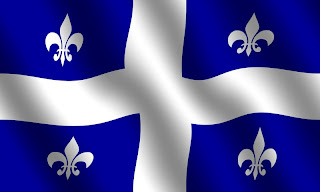 Sadly this is not an April Fools Joke… File this under “WTF are they thinking?”

The Toronto Star is reporting that effective Yesterday (April 1, 2009) it is now illegal to sell the English-only version of a game if a French version is available to consumers. This is in a move to “promote and protect the French language” quotes the Star.

This has given concern to many of the retailers in the province, some even thinking this will drive them into bankruptcy.

While talking to the Toronto Start retailer Ronnie Rondeau said “I’m afraid it’s going to cost me my business… If it really was going to make a difference, I’d be for it, but only a small number of people want to play in French. The rest don’t care.“

Major concerns retailers are facing surround the all to common delayed release date of French translations, the example provided by the Star states that Rockband’s French version was released 6 weeks after the English title – it missed the holiday season. For many, ordering online or driving to another province could be an option to get the game on release day.

Could this stop the release of Games to Quebec all together, or will 6 weeks delay give retailers a buffer where they can sell the only version they have available.