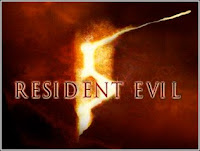 Resident Evil is without a doubt one of the most storied franchises ever to grace the TV. It single-handedly re-launched the “Survival Horror” genre (Alone in the Dark series was the previous game du jour) with its moody atmosphere and feelings of uneasiness when opening the iconic doors not knowing what to expect around the next corner. From the first time I booted the original Resident Evil game and watched the cheesy Full Motion Video intro I was hooked and instantly drawn in.

In the last 13 years, Resident Evil has spanned across 19 games for various gaming platforms, 3 Live-action movies, and 2 CG animated films, comic books and even paperback novels. With that much media related to the Resident Evil brand it’s easy to see this is a winning series. Without divulging too much information to save you from any spoilers, I can say that Capcom might want to look at a bit of a shakeup. Even though there’s a lot of good to say about the game, there’s equally a lot of bad.

In 2005 the powers that be changed up the series to a great deal of critical acclaim. I for one wasn’t so optimistic and actually didn’t particularly like the game. It felt too much like a baby sitting mission having to contend with the president kidnapped daughter and I wasn’t too keen on the idea of a “parasite” infecting people with a level of mind control.

Resident Evil 5 looked to build on the critical successes of Resident Evil 4 and takes the series to a new locale in Africa. You take on the role of series Alum Chris Redfield and embark on the journey with his partner and newcomer Sheva Alomar, an AI or second player controlled character who’s both deadly with a gun and a damn fine looking woman. Her AI is well programmed a she always seemed to provide the right amount of cover fire, and healing when required. I never had to get angry with the game because of her or myself dying due to poor AI. Usually it was due to my own carelessness and not Sheva’s.

The game play is your basic Resident Evil fare. Aim, shoot, run, kill, survive with some minor puzzles tossed in. One of the new additions to the game is the timed action sequences. They don’t really add much to the game other than a small level of frustration when you don’t expect it and have to do it over again.

Another puzzling decision to the game was have the enemies melt away after you’ve killed them revealing either money, treasures or ammo. The treasures can be sold for money and the money can be used in a store to buy new items likes weapons, armor or even health spray. Seems like someone at Capcom was a fan of Metal Gear Solid 4s Drebin? Ammo isn’t in complete abundance, but there’s enough around to keep you relatively well armed right to the end
The graphics are spectacular. From the dusty dry towns to the wetlands and everything in between is painstakingly realistic. This truly was a labor of love on the parts of the games artists. The music and sound is what you would come to expect from the Resident Evile series. It’s moody and adds a level of intensity to the game

While I can say that I really enjoyed this game, something was missing for me. After much consideration, my best explanation is that Resident Evil 5, while it is a very good game, just didn’t feel like Resident Evil to me. The game is too bright during the day, the bad guys aren’t creepy and I just wasn’t scared once during this game. What hooked me into the series were the mass zombie hordes coming after me, the lack of ammo, the claustrophobia of the locales and the overall feeling that something was lurking around the next corner waiting to dismember me.

This is a great game, I’m just having a lot of trouble thinking about it as a Resident Evil game.

Next time: Scare us. It’s what brings us back time and time again to this series.